Clevedon Tang Soo Do est. 1992,
over twenty-five years of martial arts for all the family.

In October we celebrated our 25th Anniversary. The club began on the 10th of September 1992 and has run unbroken ever since.

The club was originally founded by instructors Brian Alden and Brian Blight. Sadly Master Alden has passed away, but for our 20th Anniversary we spoke to him about the old days of Tang Soo Do in the West Country.

To celebrate our 25th we had a night of fun techniques, games and invited Brian Blight one of the original founders back to run a short session for the students. We were also joined by several retired students, as well as a few very new ones. 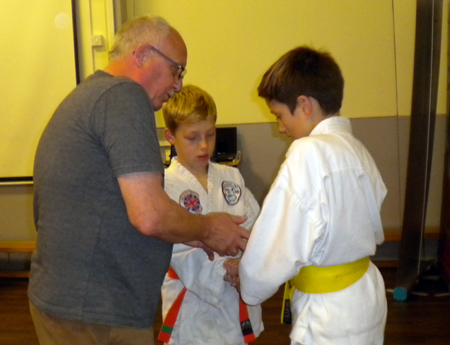 Brian Blight refines a technique for some students. 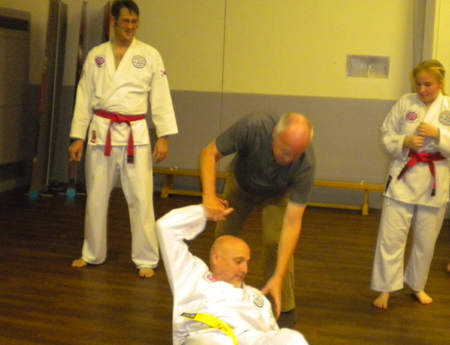 The Chief Instructor had commissioned some special blue and silver commemorative badges, which were given out on the night. And later to other students who were unable to make the session. However, his most important contrubution as far as some of the younger members were concered was cutting the cake. 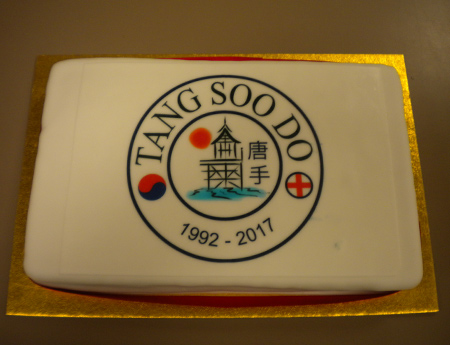